Evidence of Things Unseen But Heard draws a relation between technologies of state surveillance against black communities in Bristol, the rise of sound system culture, and the exceptional character of “Bristol sound”. Shot around the St Pauls neighbourhood, while reflecting on Bristol’s history, which heavily rests on plantation labour and slavery, Louis Henderson stitches a sonic archaeology through archival photographs of the St Pauls carnival and the direct aftermath of the riots of 1980.

Evidence of Things Unseen but Heard

“…sound and silence. What bridges the two elements is echo, the traces of creation. If sound is birth and silence death, the echo trailing into infinity can only be the experience of life, the source of narrative and a pattern for history.”

A grey and pink sky dashed across with the deep blues of post storm light. Dark rain clouds and a river the colour of lead. At Portishead the boat begins to bear right, from the Mouth of the Severn fed by the North Atlantic, into the River Avon and onwards towards the city of Bristol. Heading down past Clifton and into the Cumberland Basin, eventually the boat enters Bristol Harbour. On the left are the offices of Lloyds Bank, a company that grew to its powerful status from insuring enslaved people and slave ships during the Atlantic Slave Trade.

Karrabing Film Collective, The Mermaids, or Aiden in Wonderland

The Mermaids, or Aiden in Wonderland is a surreal exploration of Western toxic contamination, capitalism, and human and non-human life. Set in a land and seascape poisoned by capitalism where only Aboriginals can survive long periods outdoors, the film tells the story of a young Indigenous man, Aiden, taken away when he was just a baby to be a part of a medical experiment to save the white race. He is then released back into the world to his family. As Aiden, a stranger to his own land is reinserted into existence; he becomes acquainted with territorial nature and folklore – mermaids, a bee, a cockatoo bringing forth a pertinent inquiry of whose and which lives matter.

The Normativity of the Creeks

There is a coastal tidal creek in Northern Australia where a young girl lies facedown. Called Tjipel in the language of the area, she came to this creek as a beautiful teenager who decided to dress as a young man, equipping herself with male clothes and hunting implements, including a spear and spear thrower. As she travelled down the coast, she did various things, including spearing a wallaby. But the heart of her story concerns an encounter she had with an old man. As she passed between two coastal points, a bird told her that an old man was approaching. And so she lay belly down in the sand to hide what parts of her body would reveal—that she was in fact an adolescent female. The old man, thinking she was a young man, insisted that (s)he get up and cook the wallaby. She put him off, claiming to be sick.

The mad proliferation of the wind gives the trees strange outlines. The wet thread of our slumber ruptures in the night. The hand plunges into the beginning of the fire. The burning entrails of the fields suddenly appear at dawn. Here man is alone. In this loneliness, the shadow of sugar cane flows into eternity.

Ghosts of the Plantation

Viewed as an energy-commodity, sugar can be seen to mediate the effect of energy on narrative time – what might be termed narrative energetics (Macdonald 2013) – in plantation fiction. As a commodity, sugar is a calorific fuel yet it also ‘naturalizes necessity’, in Niblett’s terms, ‘shaping bodies, tastes, habits, and even emotional geographies (sugar “highs” and “lows”)’ (Niblett 2015, 268). The historical process of cultivating the taste for sugar, as is shown in Sidney Mintz’s seminal study, Sweetness and Power (1985), altered the tempo of modern life by establishing disciplinary productivity in the cane fields and determining the hours of factory time in industrial Europe, forcing working-class women to substitute farmed foods for the short-term bursts of energy provided by the sugary cup of tea.

Sugar Regime and the Gothic. Caitlin Vandertop in conversation with Felice Moramarco

A long time ago, on the Pacific coast of Colombia, women used to make pacts with mystical forces to master the art of singing. But little by little, all of this knowledge that they learned from their ancestors has been forgotten. Ever since then, they have been missing something.

Social Movements and Biodiversity on the Pacific Coast of Colombia

The Colombian Pacific region is a vast tropical rainforest area around 960 km long, its width fluctuating from 80 to 160 km (roughly 700,000 km2). It extends from Panama to Ecuador, and from the slopes of the western mountain range (Cordillera Occidental) to the Pacific ocean. An approximate 60 per cent of the population inhabits a few cities and large towns, while the remaining population dwells in riverbank areas along the more than 240 rivers flowing from the mountains to the ocean. Afro-Colombians, descendants of slaves brought from Africa at the beginning of the seventeenth century for gold-mining activities, form the majority of the population, although the number of indigenous inhabitants amounts to approximately 50,000.

Sonic Healing and Ancestral Rituals from the Missing Channel. Camila Beltrán in conversation with Giulia Civardi

It’s August. Feel the suffocating heat of the sun penetrating your skin. All around you, an abundance of flesh is spinning. Thousands of men offer up the naked bodies of baby boys to the angelic icon of San Sebastian. Screams, colours, chants and explosions. Money-garlands. Imagine no women except me. Wait, yes, behind us women are following with devotion, all dressed up in well pressed clothes and their stocking feet.

Almost every society has festivals that have retained a ritualistic character over the centuries. Of particular interest to the modern inquirer are observances involving the deliberate violation of established laws; for example, celebrations in which sexual promiscuity is not only tolerated but prescribed or in which incest becomes the required practice. Such violations must be viewed in their broadest context: that of the overall elimination of differences. Family and social hierarchies are temporarily suppressed or inverted; children no longer respect their parents, servants their masters, vassals their lords. This motif is reflected in the esthetics of the holiday—the display of clashing colors, the parading of transvestite figures, the slapstick antics of piebald “fools.” For the duration of the festival unnatural acts and outrageous behavior are permitted, even encouraged.

The Persistence of Dionysus. Lilly Markaki in conversation with Felice Moramarco

City of Tales would have been a portrayal of present day-Tehran if its urban modernisation had not been frozen in the 1970s. Bathed in the fluorescence of Arabic signs scattered through the city and resonating of Persian voices, an altered Los Angeles landscape questions its own world-making status within dominant Western cultures.

Transnational Building of a Modern Planning Regime in Iran

In 1962, in the midst of the Cold War and under the direct inﬂuence of John. F. Kennedy’s presidency, Mohammad Reza Shah launched his White Revolution, generally known as a top-down modernization project.13 Due to rising socio-political unrest in Iran, Kennedy pressured the Shah to initiate reforms.14 The Kennedy administration hoped that the White Revolution reforms could prevent Communist-inspired revolution in Iran. The administration, therefore, funnelled money to Iran to stabilize the US position in the Cold War contest. However, for the Shah, the key ambition of the White Revolution was to make Iran in general and Tehran in particular a ‘showcase of modernization’ in the Middle East region.15 The White Revolution, therefore, embraced fundamental social and economic reforms in which land reform was among the most inﬂuential.

Kani Marouf, Images of a Favour

Unable to reach the city of Kirkuk, Kani Marouf asked her Kirkuk-based friend Shaho Abdulkadr to send footage from his city during the invasion in October 2017 by the Iraqi central government, following the successful referendum for the independence of Kurdistan. So he filmed Kirkuk, in juxtaposition to Baghdad. However, after working on this footage, all the filmmaker can provide are speculations drawn from fragmented realities that appear on the screen. The images’ opaque quality confuses expectations from one’s inner imagination of the witnessed locations and their final portrayal.

This essay will explore neither the existential nor the religious connotations of the concept of the term exile. However, we should keep in the back of our mind the Christian story of man’s expulsion from Paradise and his entrance into the world, the Jewish mystic’s story of the exile of divine spirit in the world, and the existentialist story of man as a stranger in the world. All of these stories should be kept in the back of our mind without being verbalized. For the intention here is to interpret the exile situation as a challenge to creative activity.

The Struggle of Representation. Kani Marouf in conversation with Felice Moramarco

Nelson Makengo, Up at Night

As dusk fades and another night without electricity falls, Kinshasa's neighborhoods reveal an environment of violence, political conflict, and uncertainty over the building of the Grand Inga 3 hydroelectric dam, which promises a permanent source of energy to the Congo.

Kinshasa and its (Im)Material Infrastructure

In ongoing discussions concerning the nature of the African city architects, urban planners, sociologists, anthropologists, demographers and others devote a lot of attention to the built form, and more generally to the city’s material infrastructure. Architecture has become a central issue in western discourses and reﬂections on how to plan, engineer, sanitize and transform the urban site and its public spaces. Mirror-ing that discourse, architecture has also started to occupy an increasingly important place in attempts to come to terms with the speciﬁcities of the African urbanscape and to imagine new urban paradigms for the African city of the future. Indeed, one can hardly underestimate the importance of the built form and of the material, physical infrastructure if one wants to understand the ways the urban space unfolds and designs itself. For example, studying the process of the “bunkerization” of the city, as it is called by its inhabitants, that is the fact that one of Kinshasa’s crucial spaces, the compound, has evolved from an open space lined by ﬂowers and shrubs in the 1940s and 50s to today’s closed parcelles, surrounded by high walls that make the inside invisible to the street, would certainly contribute to a better understanding of the city’s his-tory of unraveling social relationships, its altered sense of security and its changing attitude towards the qualities of public and private.

Nelson Makengo. Field recording of the Christmas mass at Saint Mary Church in 2018 in Kinshasa, Congo 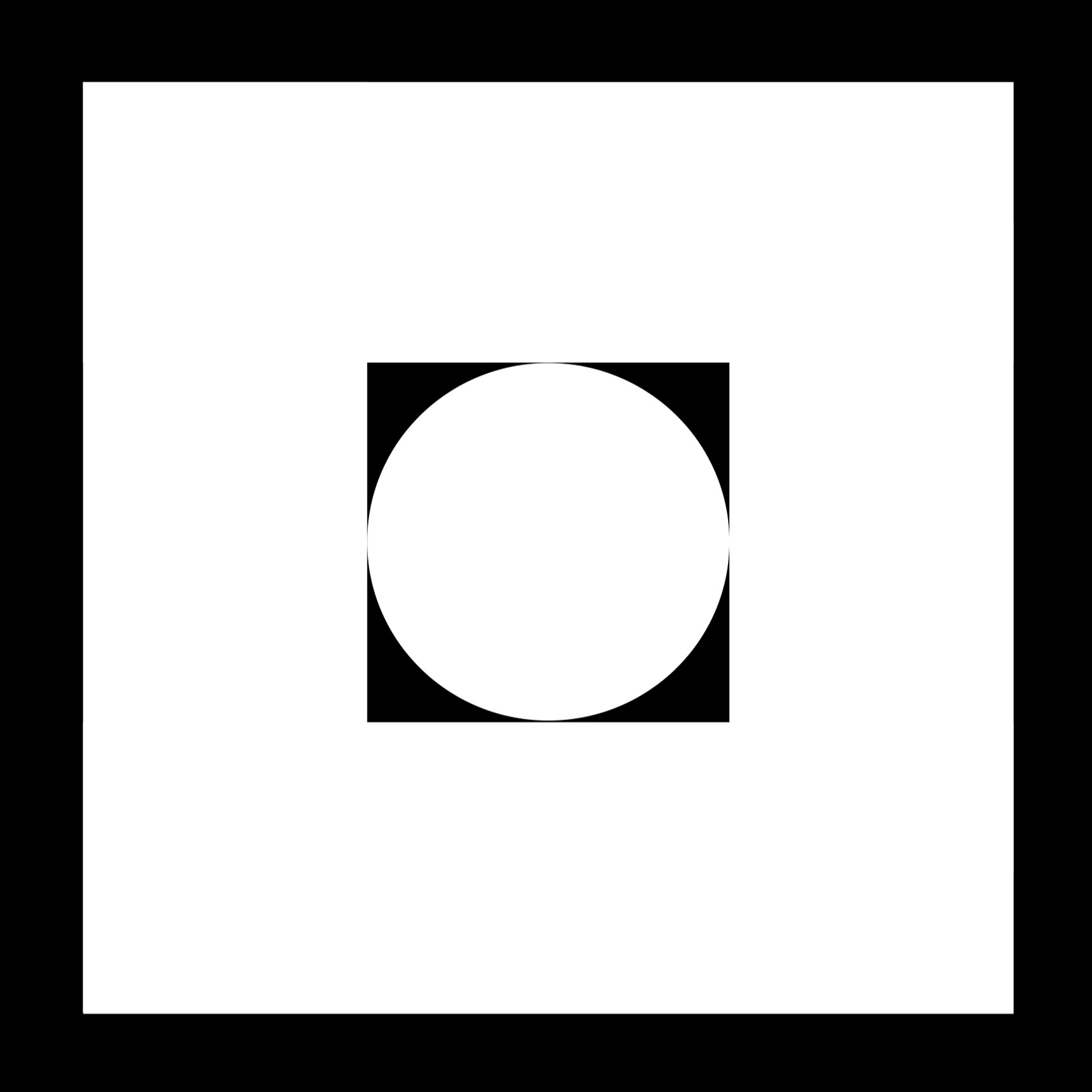